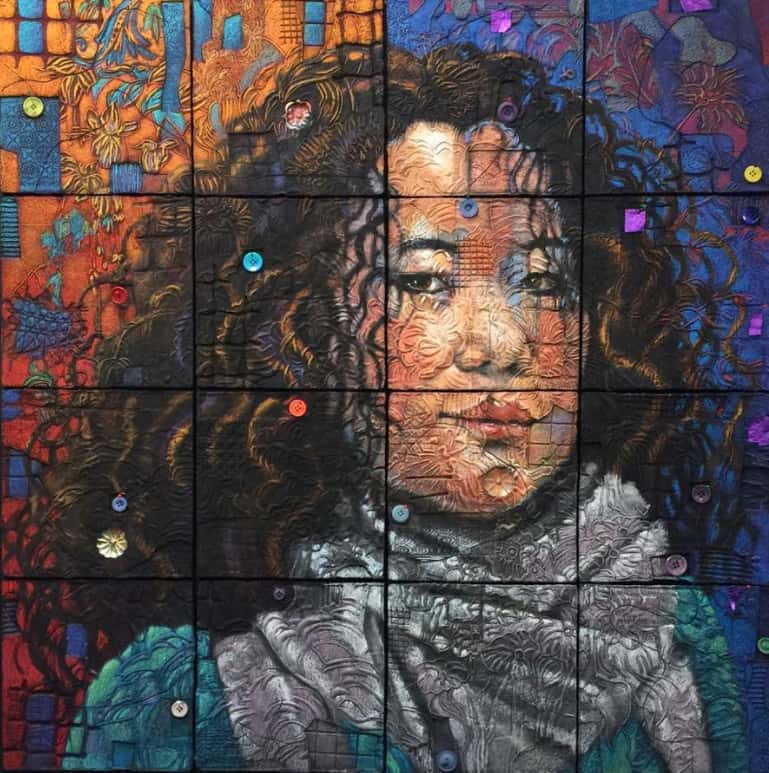 Born in 1948 in Newton, Kansas, Robert Chapman moved to Phoenix, Arizona when he was 9 years old and graduated from Arizona State University in 1976 with a BFA in printmaking (specializing in relief and intaglio.) Right after graduation, Robert started his first business, Robert Chapman Needlepoint Design, and in 1984 used profit from the sale of the business to take 2 1/2 years off to draw and paint. He taught himself quilting, beadwork, and embroidery and won first place in Arizona State Designer/Craftsman group show with one of his large tie quilts as well as honorable mention for an embroidered snake. After his self-imposed sabbatical, he went to work for a large commercial art company, Phoenix Art Press (now Phoenix Art Group), in 1986. Robert was initially assigned grunt work in the etching department but eventually became head of the department, while also developing into a more independent artist creating his own line of works. Robert then established paper making and weaving studios in Tempe, employing many of his artist friends while continuing to create lots of paintings on canvas and paper inside the studio. In 1996, he started his own commercial art company, Robert Chapman Fine Art, which continued until his retirement in January of 2018. In 2007, Robert sold his home/studio in AZ and moved to a new home/studio just north of Champaign. He was beyond fortunate to meet his future wife, Jan, on 11/11/11, and they were married a year and a half ago. Robert recently sold his house north of town and set up a new studio in Urbana in Jan’s 3 generation family home. Robert continues to maintain two studios in the Lincoln Building and will be showing this Boneyard in his studio on the third floor, #321.